Containers in the Clouds

So at one point or another, it is necessary to also have solutions in place in order to run statefull applications. In this article I will descrive the 2 solutions that can fulfill this requirements, NFS/EFS and Minio/S3, and use them to create a Docker Local Registry and a Jenkins running on a Swarm cluster.

The tools I am choosing allow you to create cloud infrastructure, which is the right way to go, but not limiting where you can deploy it, the idea is to become cloud provider agnostic.

EFS is a quite new storage solution on AWS, it uses standard NFSv4 protocol but adding automatic scalability and different options to fine tune IOPS and lantencies, another great feature is multiAZ configurations. On this example I will be using an NFS server installed locally in our office lab, either using traditional NFS servers or EFS is transparent for docker swarm, is done the same way.

Let’s take a look at the example I used in my previous article, create a Swarm Service for jenkins:

What’s special in this command is the --mount option, against the more traditional docker volume -v. You can read the official Docker documentation on how to configure mounts.

Obviously the same NFS mount should be configured in all the nodes of your Swarm, this will allow for the containers to start in any of the different nodes without any data or configuration lost.

Minio is a distributed object storage server built for cloud applications and DevOps. It allow us to self host S3, that we will be using when installing the local Docker Service Registry. In this way the private registry will be able to have persistent data for the Docker Images and if necessary we can even synchronize S3 buckets between on-premises infrastructure and the AWS cloud.

To install Minio as a Swarm Service we can create a Docker Compose file, in this file we will be also using NFS as a mount.

On the official Minio documentation to deploy on Docker Swarm, they create a distributed system with 4 containers. For the sake of simplicity I had created a different docker-compose file:

To start a service from a docker compose file we need to use the docker stack deploy command:

We can reach this application on the IP of any of the Swarm nodes on port 9001.

Then we create an S3 bucket for our Private Docker Registry. 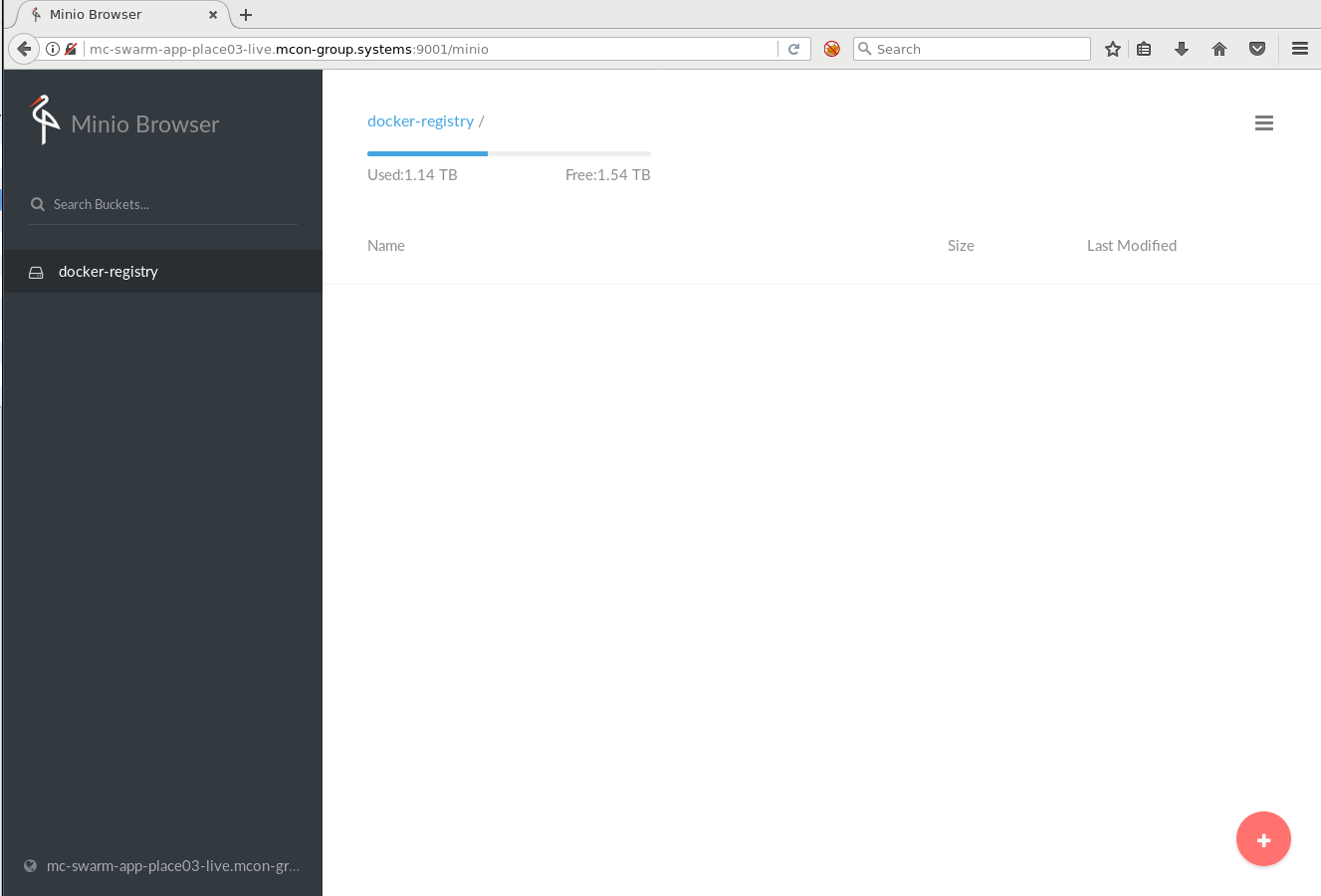 In case your organization can’t or doesn’t want to use the public docker hub to store it’s containers, you should use a Private Docker Registry.

Tho allow the Local Docker Registry to Switch between nodes of the Swarm while having access to the stored Docker images and all the data the container needs to be recreated, we will be using both NFS(for the TLS certificates) and S3(to store the Docker images).

I had created a docker-compose file that configures both solutions for us:

This example mounts a folder on the NFS to store the TLS certificates and uses the S3 bucket we created with Minio to store the Docker images.

You can find more information about the registry and how to use it on the official documentation.